6 Books on Faith and Politics

Is it really possible to separate religion and politics? Below are books at the intersection of faith and politics that ask us all to consider how our faith influences our political views and how we can work for justice and freedom for all, especially in this current election cycle. 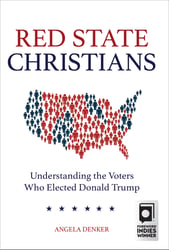 Donald Trump won more Evangelical Christian votes than any candidate in history on his way to winning the 2016 US presidential election. Veteran journalist Angela Denker set out to uncover why, traveling the United States for a year, meeting the people who support Trump, and listening to their rationale. A must-read for those hoping to truly understand how Donald Trump became president. 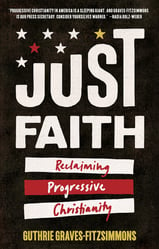 Activist and writer Guthrie Graves-Fitzsimmons explains how a strong religious left has accompanied every major progressive advance in our society and resurrects the history of progressive Christianity in the United States. Just Faith is a rallying cry for a bold progressive Christianity that unapologetically fights for its values to impact the biggest political battles of our time—from immigration and economic fairness to LGBTQ+ and abortion rights. 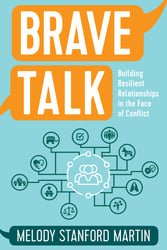 Brave Talk: Building Resilient Relationships in the Face of Conflict

When we disagree about fundamental issues, it can be difficult to maintain close relationships. In Brave Talk, communications expert Melody Stanford Martin teaches us to treat every conflict as if it's an impasse. She provides practical tools to better navigate conflict, allowing readers to engage fundamental differences—even political and religious ones—with understanding and grace. 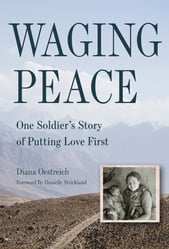 Diana Oestreich served 407 days as a combat medic in Iraq. But when she was commanded to run over an Iraqi child to keep her battle buddies safe, she became a peacemaker instead. This beautiful and gut-wrenching memoir exposes the false divide between loving our country and living out our faith's call to love our enemies. By showing that us-versus-them is a false choice, this book will inspire us all to choose love over fear. 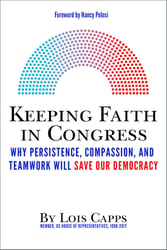 Keeping Faith in Congress: Why Persistence, Compassion, and Teamwork Will Save Our Democracy

In 1996, Walter Capps won a seat in Congress. When he died months later, Lois Capps decided to run for her husband's seat. She won that election and went on to serve eight more terms in Congress. No matter what personal or professional obstacles she faced, she never lost faith in democracy. She shares the lessons she learned, hoping that others can be inspired to work on behalf of the common good. 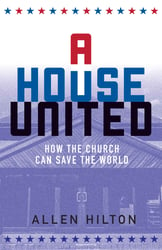 A House United: How the Church Can Save the World

By entering the culture wars, churchgoers in the United States have ushered the Left and the Right to even greater extremes. Allen Hilton believes that religion isn't inherently divisive. Jesus prayed that his disciples might all be one, and this book imagines a proper answer to that prayer in the context of American polarization. Hilton promotes a Christianity that brings people together with their differences, creating a house united that will help our nation come back together.