Books at the Intersection of Faith and Politics 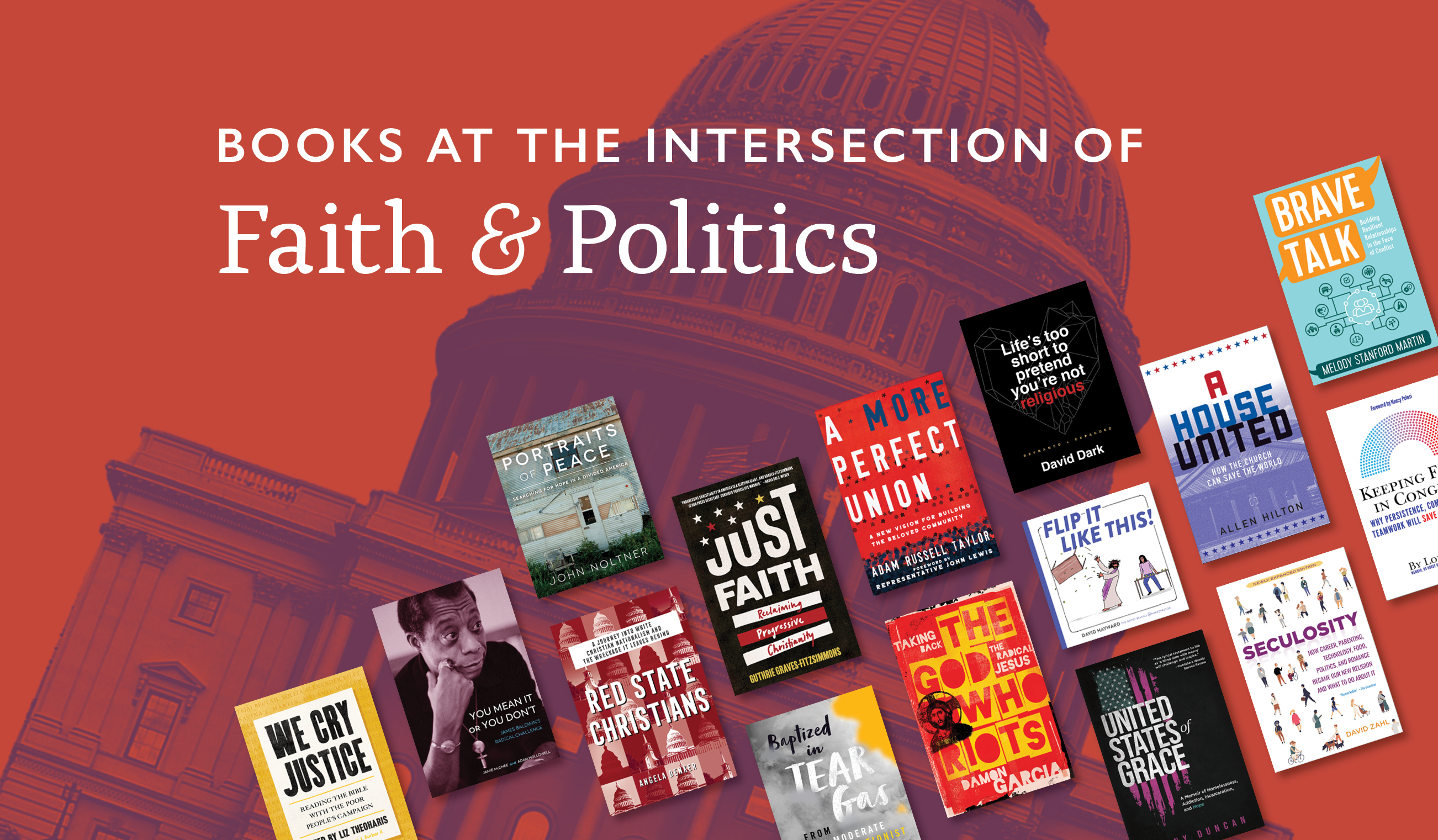 Politics. Love 'em or hate 'em, they're not going away. So why not lean in this voting season to reads that challenge and inspire how we think and engage on complex topics in our country? The following books at the intersection of faith and politics will stretch your spiritual senses, tug at your heart, stimulate your mind—and remind us all that politics affect real people, every day. 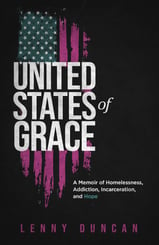 United States of Grace: A Memoir of Homelessness, Addiction, Incarceration, and Hope

Lenny Duncan, who inspired and challenged audiences with their breakout first book, Dear Church, now brings us their story about growing up Black and queer in the US, examining pressing issues like poverty, mass incarceration, white supremacy, and LGBTQ inclusion through an intimate portrayal of their life's struggles and joys. United States of Grace is a love story about America, making the claim that God is present with us in the most difficult of circumstances.

Innocent Until Proven Muslim: Islamophobia, the War on Terror, and the Muslim Experience Since 9/11

Scholar and organizer Dr. Maha Hilal tells the powerful story of two decades of the War on Terror, exploring how the official narrative has justified the creation of a sprawling apparatus of state violence rooted in Islamophobia and has excused its worst abuses. Hilal not only offers an overview of the many iterations of the War on Terror in law and policy, but also examines how Muslim Americans have internalized oppression, how some influential Muslim Americans have perpetuated collective responsibility, and how the lived experiences of Muslim Americans reflect what it means to live as part of a "suspect" community.

Keeping Faith in Congress: Why Persistence, Compassion, and Teamwork Will Save Our Democracy

In Keeping Faith in Congress, Lois Capps poignantly tells her story—of her husband's death and her decision to run, of her daughter's death to cancer just a few years later, of her efforts to work across the aisle, and of her work on behalf of her constituents. No matter what personal or professional obstacles she faced, Representative Capps never lost faith in democracy. Instead, even the challenges taught her lessons. Now she shares those lessons, hoping that others can be inspired to work on behalf of the common good.

Seculosity: How Career, Parenting, Technology, Food, Politics, and Romance Became Our New Religion and What to Do about It (New and Revised)

In our striving, we are chasing a sense of enoughness. But it remains ever out of reach, and the effort and anxiety are burning us out. Seculosity takes a thoughtful yet entertaining tour of American "performancism" and its cousins, highlighting both their ingenuity and mercilessness, all while challenging the conventional narrative of religious decline. This new edition includes a bound-in small group discussion guide perfect for book clubs, church groups, and more.

Life's Too Short to Pretend You're Not Religious

An essential reading for those engaged in the conversation on religion in contemporary American society. Now, David Dark returns to his classic text and offers us a revised, expanded, and reframed edition that reflects a more expansive understanding, employs inclusive language, and tackles the most pressing issues of the day. 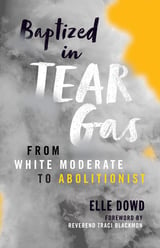 Baptized in Tear Gas: From White Moderate to Abolitionist

n Baptized in Tear Gas, minister and activist Elle Dowd invites readers to experience her transformation from what Martin Luther King Jr. referred to as "the white moderate" into an Assata Shakur-reading, courthouse-occupying abolitionist. Like in baptism, this alteration requires parts of us to die—our tone policing, white niceness, respectability politics—so that we may be reborn. Through the uprising in Ferguson, God made Elle into something new. Now it's our turn. 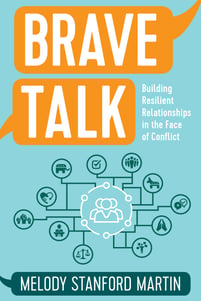 Brave Talk: Building Resilient Relationships in the Face of Conflict

A House United: How the Church Can Save the World

The extremists in American politics rely on Christians to be the engine that pushes the culture farther right or left. Allen Hilton believes that religion isn’t inherently divisive, and he suggests a new role for Christianity. Jesus prayed that his disciples might all be one, and this book imagines a proper answer to that prayer in the context of American polarization. 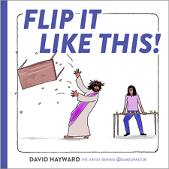 Aggravated women disciples, Jesus hugging rainbow sheep, a man praying "WTF?": the cartoons of David Hayward, the artist behind @NakedPastor, are for those who have been battered or infuriated by the church and who long to see it change. Upending notions of who's in and who's out, Hayward's comic vision overturns false pieties and harmful dogmas in one fell swoop. 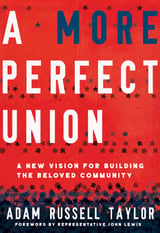 A More Perfect Union: A New Vision for Building the Beloved Community

America is at a pivotal spiritual and political crossroads. A new public narrative is needed to counter the discord in our politics and culture, a new way forward rooted in Martin Luther King Jr.'s vision of the beloved community. In A More Perfect Union, Adam Russell Taylor, president of Sojourners, calls for a shared moral vision that transcends partisanship to live out our nation's best ideals and realize a more perfect union.

Red State Christians: A Journey Into White Christian Nationalism and the Wreckage it Leaves Behind

Winner of a 2019 Foreword INDIES Award Silver Medal. In this expanded edition, Angela Denker reflects on the lasting impact of the Trump presidency, the Christian white nationalism it emboldened, the 2020 election and transfer of power, and the subsequent insurrection at the United States Capitol. A must-read for those hoping to truly understand what Trumpism means for the 2020s and beyond.

We Cry Justice: Reading the Bible with the Poor People's Campaign

From Genesis to Revelation, the Bible proclaims justice and abundance for the poor. Yet these powerful passages about poverty are frequently overlooked and misinterpreted. In We Cry Justice, leaders of the Poor People's Campaign: A National Call for Moral Revival uncover what the Bible really says about justice and poverty. Liz Theoharis is joined by pastors, organizers, scholars, low-wage workers, and people in poverty in interpreting sacred stories about the poor seeking healing, justice, and freedom. The Bible cries for justice, and we do too. It's time to act on God's persistent call to repair the breach and fight poverty, not the poor.

You Mean It or You Don't

It is not enough, authors Hollowell and McGhee urge us, to hold progressive views on racial justice, LGBTQ+ identity, and economic inequality. True and lasting change demands a response to James Baldwin's radical challenge for moral commitment. Called to move from dreams of justice to living it out in communities, churches, and neighborhoods, we can show that we truly mean it.

In Just Faith, progressive Christian activist and writer Guthrie Graves-Fitzsimmons explains how a strong religious left has accompanied every major progressive advance in our society, and he resurrects the long but forgotten history of progressive Christianity in the United States that can and must link arms with progressive Muslims and Jews to make the moral case for pluralism, human dignity, and the common good.

The God Who Riots: Taking Back the Radical Jesus

In The God Who Riots, popular YouTuber and public theologian Damon Garcia connects us with the Jesus who flipped tables in the temple and led an empire-destabilizing movement for liberation. The spirit of this God is embodied in today's protests, riots, and strikes. As we join this struggle for liberation, we are joining the God who riots alongside us, within us, and through us. 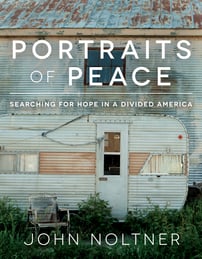 Portraits of Peace: Searching for Hope in a Divided America

Beautiful storytelling and captivating photography converge to offer a uniquely human and accessible examination of the social issues that most challenge us today, such as racial equality, immigration reform, LGBTQ+ rights, women's rights, freedom of religion, and tolerance. Through the real-world stories of ordinary citizens who choose, in the midst of difficult circumstances, to pursue healing, reconciliation, and community building, we discover a glimmer of hope that something better is possible

To view all of our books, visit broadleafbooks.com.