Freedom Smells Like the Back of a Greyhound Bus 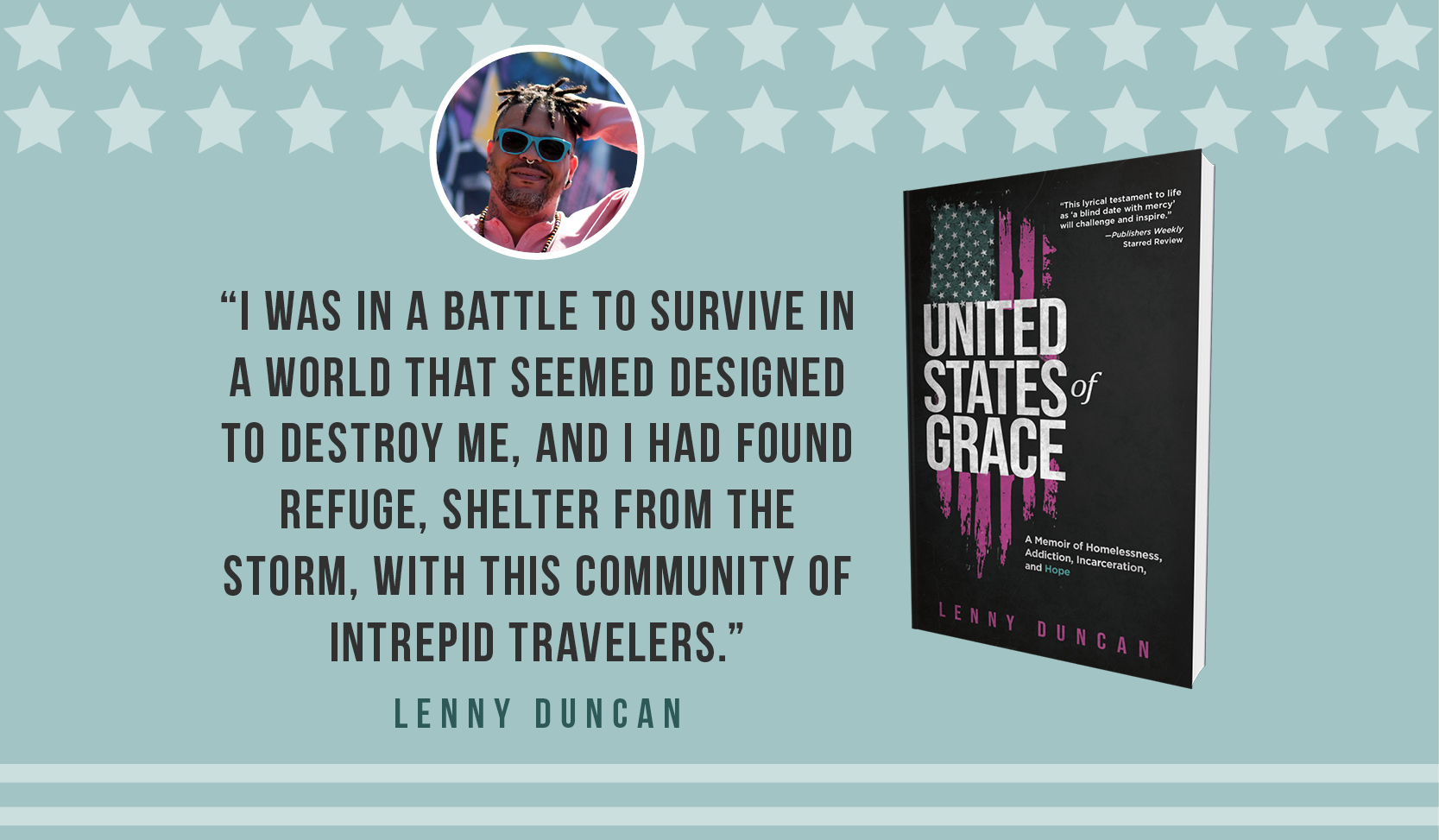 People treat the “margins” as joyless places bereft of anything of value. In fact, talk about the “margins” is one of the most racist narratives among progressives. I, for one, have grown to loathe the term, even though I use it from time to time to code switch. It’s not the “margins” to me, asshole; it’s my world, it’s my moral center, it’s where I reside. When you talk about my whole culture being on the periphery in one breath and then pantomime it at home, well, it’s infuriating. How can we be on the margins, and yet every song you sing, every artist you like, all the fashion you steal is Black? That liberal-racist narrative doesn’t capture entire cultures that are mighty fortresses of liberation. They are birthed and grown in these places that most folks use as tools of oppression—pimps selling my helplessness to you for the sake of their woke heroes’ accolades and reputations.

I’m going to share with you the secret places in this country ’tis of thee. Places you walk by every day and maybe have never examined. Places that are writhing and gyrating with life and growth. With color and hues that your eyes have never seen and with sounds your ears have never heard. Worlds within this world that are rich and textured and have a depth that if you stare into them long enough, you may never truly come out. They are packed full of characters who aren’t plot devices and have a history that isn’t chronicled or witnessed by many. Well, except the many who are in this separate yet interwoven world. These stories are swapped among us like sacred scripture. As Paul Simon puts it, I spent a lifetime seeking the places “Where the ragged people go / Looking for the places / Only they would know.”

It was on my first Greyhound adventure when I met my friend Davester. That’s his name. I would start to inhabit a world full of people who all lived by pseudonyms and stage names. We met at the Eyes of the World head shop. They had a picnic table out back where you could hear the notes of the Dead and Phish and Widespread Panic start to dot the salt-infused air. It was where I learned sex work as a survival technique. Where I started to slowly accept my sexual identity, at least quietly. It would be years before I slept with another man just for pleasure, but another street kid saw me asking for spare change and taught me how to cruise the LGBTQIA clubs and find “johns,” and this was OK to me. I was making the most of my freedom and pleasure. It was revolutionary to me to be able to love any gender. For me at thirteen years old, love was sex. This first excursion into America was glorious. Coming from my home, it was goddamn utopia. The police eventually sent me home. I would start to leave every few weeks.

Eventually I saw the Jerry Garcia Band in the fall of 1993 and was utterly changed. A new friend named—wait for it—Bongo the Surf King taught me how to sell LSD and T-shirts and took me to my first Jerry show.

I was hanging with a bunch of Deadheads and traveler types at the time but had no idea what the scene was about. They were just kind to me and didn’t ask me probing questions. At my first Jerry Garcia Band show—my introduction into the whole jam-band scene—I was more excited to be making money selling acid and smoking endless amounts of weed. One person asked me if I was going in, and I said I didn’t know. He looked at me for a long moment and said, “Here, kid,” and gave me a ticket. It was a general-admission floor ticket at the Meadowlands—at the time, I had no idea what a precious item that was. I walked in with no idea what was about to happen. I didn’t know what I was expecting, but it was a wild one. I mean, the energy alone was enough to get you rocked (or grocked if you are in this scene), but I dropped a few tabs of acid just in case.

The lights went down, and a cheer erupted from the crowd. Out came three ladies who looked like they could be from any gospel choir in Philadelphia, and then Melvin Seals, a rather larger brother, came out on stage and sat down at a Hammond piano with two Leslie speakers like you would see in almost any Black church in the country. Then came this old, gray-haired, chubby white dude. He had on a black T-shirt and loose pants, and he picked up a guitar. He was old—or at least he looked weary. He flashed a smile that seemed to spark across the room, jumping from person to person. Like fireworks, but that could have also been the acid. I watched as this infectious joy from a little smirk spread from him to the rest of the crowd like a pulsing wave. Full disclosure: at this point, I was fifteen years old and had been living on the streets for two years on and off. I was pretty jaded. Who was this fat white guy with a guitar? I knew he was the Jerry Garcia I had been hearing so much about, and the tapes I heard were OK, but I mean all of this for that? I like to think that my first reaction to all of this was thoroughly West Philly. “Skeptical” is polite.

This was before I became convinced that music was the most powerful controlled substance in the world. This was before I realized the great lengths I would go to hear music that would take me to the place I was about to enter for the first time. This was before all of that. Here is what I knew: I was in a battle to survive in a world that seemed designed to destroy me, and I had found refuge, shelter from the storm, with this community of intrepid travelers. And they loved this shit, whatever it was.

I think about that night a lot. How I would OD later that night. There is much debate in this scene about whether a person can OD on LSD. More accurately, I couldn’t handle what I was experiencing, and I fell out in a fit of convulsions and started to swallow my own vomit. But some folks might say that it was my very makeup being stripped and laid bare before my consciousness. That’s what I couldn’t handle. It wasn’t the drug. I think about that night a lot. How I would take so much acid that I would stare into the screaming abyss of psychedelic experience and come back changed. I had tripped once before that night: I took thirteen hits on my thirteenth birthday because I didn’t know how much you were supposed to take. Something had shifted in me, and I felt a gentleness and openness that I had never experienced in my life. That birthday is a neon fever dream full of the entire cosmos beckoning me to explore. And now that door of perception, for better or for worse, was about to be kicked open.

If they would have opened with any other song, I think my Black ass would have done the smart thing and gone back to the parking lot and just hung out there. But that night, they opened with “How Sweet It Is”—a Motown classic. And they played it in a way that it seemed the song was always begging to be played. Heavy organ riffs and a guitar that stretched each note into heaven. The backup singers became angels, and the whole world opened up to me. This would start a live music obsession in the jam-band scene that has lasted in me to this day. I didn’t know that this night, this very special night, was going to start me on a journey across the contiguous states. As it turns out, I would see most of them within the year. I didn’t know that I found a magical place where kids like me could dance and be free and that no one would beat me or hurt me, at least not intentionally. I didn’t know that I had just stumbled into an American adventure that had been slow cooking since 1964 just for me. If you have ever been in this scene, you know the whole thing always feels like it is just for you. I didn’t know about sexuality and the freedom of expression it opens to you. I didn’t know about traveling, alternative paths of dealing with the American thing, or the cast of thousands I was about to meet. On that night, I was like any love- struck fool, just trying to get my footing. On that night, I didn’t know that the shadow side of the scene would almost kill me, or that I would have some really lonely days ahead traveling from place to place, chasing a Day-Glo circus across the country. Or that I would see this man perform dozens upon dozens of times in the two years to come. I had no idea the thing would reach a tragic end for him in 1995. All I knew is by the time the second set opened with “Shining Star”—an Earth, Wind & Fire classic—I couldn’t imagine doing anything else with my time. I was young, free, and dancing like no one was looking, something I do to this day.

After fifteen years on the planet, I had found safety. I found home.

This is an excerpt from United States of Grace chapter 4: “Freedom Smells Like the Back of a Greyhound Bus.”

Lenny Duncan is pastor of Jehu's Table, a church in the heart of Brooklyn. Formerly incarcerated, formerly homeless, and formerly unchurched, Duncan is now a sought-after speaker and writer on topics of racial justice and the role of the church in the twenty-first century. His documentary film, Do Black Churches Matter in the ELCA, was released in 2017.