God's Light in the Silence 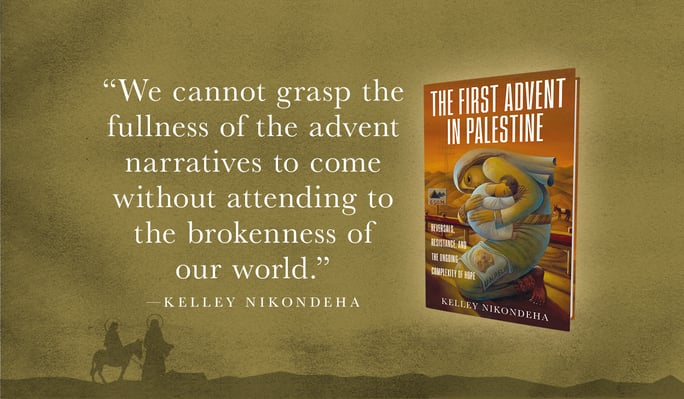 The church I grew up in told us God didn’t speak between the Old and New Testaments—just four hundred years of silence. There was no record. Nothing of consequence happened during this time. The church referred to those intertestamental years as The Silent Years. The last thing God said on the record was to the prophet Malachi, a word about the uprooting of evil in the land and God’s coming justice. So began the long wait for advent, we were told. What was left out was the truth of Jewish suffering during those dark centuries. And that suffering is the honest prologue to the first advent. Four hundred years of empire and captivity when there wasn’t silence at all.

My mother had a heavy Jerusalem Bible, a relic from her Catholic days. It was thick with books I never even knew existed before: books like Tobit, Judith, and Maccabees. They sat between the two testaments, a clue that something happened in those “silent” years after all. These books relayed the stories of people trying to survive, about battles won and lost, about season upon sea-son of pain suffered by Jewish people through four dark centuries. Finding these books hidden in my mother’s Bible cracked open for me the possibility that there was more to be discovered. It would be years before I returned to the pages of the Apocrypha and began to unlearn the theological trope of the silent years. And years before I could see the Jewish struggle to survive those impossibly difficult centuries that predated advent.

The space in between testaments offers the first truth to be grasped: wrestling with suffering is the predicate to God’s deliverance. Jewish struggle fomented advent among ordinary men and women living nearest the bottom of the imperial order. The books of 1 and 2 Maccabees detail the devastation and loss in those years. This time, it was the Seleucid Empire’s violence and economic exploitation that cornered the Judeans. More loss, more ache, more darkness ensued. Once again the Jewish people were trapped, a familiar and seemingly endless sensation leading up to the first advent.

Central to the stories within the two books of the Maccabees is one family, Mattathias and his five sons. They lived in a small town in the hill country of Judea in the second century BCE. Seleucid soldiers roamed the region like a present darkness, harassing the Jews. As a priest, Mattathias likely got more than his fair share of trouble from the soldiers, who shared their king’s disdain for the religion of the Jews. King Antiochus Epiphanes famously rode into Jerusalem, fresh off a victory in Egypt, and entered the temple of the Judeans on his horse, trampling the holy place. A sacred fire called the Everlasting Flame burned there. He dared to snuff it out—that sign of God’s continual presence with the Jewish people. He took the golden lampstand as booty.

You could almost hear the priest telling his sons more than once: “He took the light from us.” Soldiers were no longer out there, but now they were inside the most intimate and holy place. A priest could scarcely fathom such a grievous violation. What would life for his sons and their sons be without the Everlasting Flame? Everything he had taught them about who they were and how to live in the land began to unravel the day the light went out. “Who are we without God’s presence? What will become of us if God forsakes us?” These were the questions of every Jewish father, Mattathias chief among them. Deep disorientation shook the Jewish soul. The world stopped that day. Weddings were postponed. The young lost their energy for anything other than grief. Rulers and elders, brides and their grooms all traded celebration for mourning. Dirges were the only songs heard across the land. What had happened in the temple was like suffering another death.

Maybe Mattathias reached for the book of Lamentations and recited the poems of grief handed down from the Jews before him. They had survived the Babylonian destruction of the first temple in 587 BCE and were acquainted with catastrophic loss. It was another time when the Jewish people were hard-pressed and left without the light of the Everlasting Flame. The ancestors knew what it was like to see Jerusalem bent with dishonor and unable to shine. Mattathias likely found solace in rehearsing the laments of his forebears, comforted by their companion-ship in his sorrow. In the book of Lamentations, the destroyed city of Jerusalem is personified as a broken and bereft woman, bent with shame. She cries out, “There is none to comfort.” Her lament is loud and insistent. Likewise, Maccabees speaks of the desecrated temple as a dishonored woman. The echo connects readers across moments of collective loss for the Jewish people and invites the natural response to such trauma: lament. Remember, the loss and lament of Mattathias and his kin happened on the historical eve of the first advent. This is what it looked like in the lead-up to God’s arrival—very dark and very loud. Perhaps Mattathias found more than comfort in the book of Lamentations. Even in the grief of captivity, his ancestors planted seeds of hope: “The steadfast love of the Lord never ceases, his mercies never come to an end; they are new every morning.” The darkness is not without light, as lament is not without hope. Maybe Mattathias fanned the flames of hope too as he waited for deliverance from this miserable empire. But it was destruction, not deliverance, that met his hopes this time.

As I studied these ancient books and histories, they grounded my present and gave me a place in the larger arc enduring narratives. The old stories spoke fresh words about where I stood in a sometimes disorienting land-scape. The stories I discovered in my mother’s Jerusalem Bible nourished my curiosity, but now they also offered a bridge between canons. I discovered stories that gave shape to what once was mere silence, exchanging emptiness for the exploits of Daniel with a dragon and his rescue of the lovely Susanna from an unjust death, fierce Judith beheading a general to free her people, and the Maccabee family fighting the empire. Mattathias, most of all, became my companion. We stood together across the centuries recognizing the loss wrought by empires, responding with lament as we awaited God’s liberating arrival. The Book of Lamentations, in particular, helped me understand the theological tenor of those intertestamental years as a prelude to the advent narratives. This insight I owe to Mattathias. The lamentations on his lips allowed me to see that grief work is the seedbed for Advent hope.

We cannot grasp the fullness of the advent narratives to come without attending to the brokenness of our world. Lament is how we name and honor what has been lost or taken from us by one empire or another. The intertestamental narratives began to answer lingering questions about the road to Advent. The stories included struggle and lament—tales of woe that felt oddly contemporary. In the company of these ancestors I was not alone. These writings voiced something familiar, yet fragile. Sometimes the Spirit moves through the unexpected texts, ones somewhat hidden or over-looked in our Sunday liturgies. The profound sadness of the Maccabees and Lamentations prepared me for God’s arrival, tilled the soil of my soul so I could receive good news in due season. 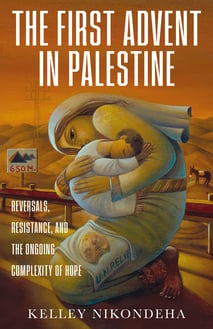 This is an excerpt from chapter 1, “Silence and Suffering” in The First Advent in Palestine

Kelley Nikondeha is a writer, liberation theologian, and community development practitioner. She combines biblical texts and various cultural contexts to discover insights for embodied justice, community engagement, and living faith. She is the author of Defiant: What the Women of Exodus Teach Us about Freedom and Adopted: The Sacrament of Belonging in a Fractured World, and is known for highlighting Palestinian voices and rights. She travels between the southwest US and Burundi in East Africa.