Monsters Under Our Bed 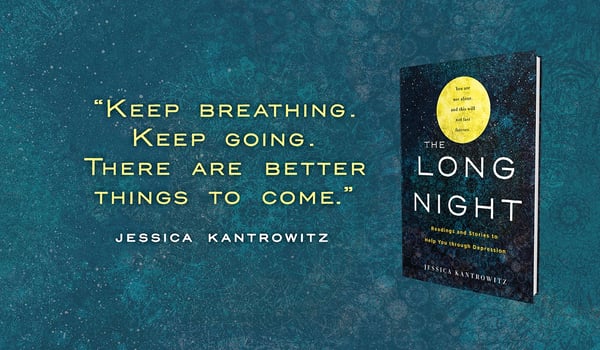 Excerpt from The Long Night, Chapter 7

“We can surely no longer pretend that our children are growing up in a peaceful, secure, and civilized world. We’ve come to the point where it’s irresponsible to try to protect them from the irrational world they will have to live in when they grow up. The children themselves haven’t yet isolated themselves by selfishness and indifference; they do not fall easily into the error of despair; they are considerably braver than most grownups. Our responsibility to them is not to pretend that if we don’t look, evil will go away, but to give them weapons against it.”

When I was a child, I lived in my head. I read stories and wrote myself into those stories as an important character, helping to save the day. I was Fiver’s confidante and Hazel’s advisor in Watership Down. I walked with Julie of the Wolves through the frozen tundra. As I became older, my worlds expanded: I was an orphaned empath in Star Trek the Next Generation. I was friends with John Lennon and Davy Jones of The Monkees. I spent hours in those worlds, creating witty dialogue and orchestrating intense moments where I battled evil or gave up my powers to save a friend. I looked forward to nighttime when I could lie in bed for a half-hour or so before sleep, building on yesterday’s scenes, escaping into one or another of my secret worlds.

At some point in my twenties I decided it was probably time to give up these worlds. They weren’t doing any harm, but it seemed like I should give up that childhood habit in order to be a mature adult. So I quit, cold turkey. But I found there were fantasies that stayed with me, similar in some ways to the ones I enjoyed as a child, but scarier. I would find myself imagining scenarios where I was seriously injured, attacked, or raped, but I heroically survived, and my friends gathered round me to celebrate my survival. Sometimes I would imagine one of my parents tragically dying and me having to learn to live with that terrible grief.

When I was babysitting, I would picture a car coming around the corner and striking the child, forcing me to desperately perform CPR even though I knew it was too late. The thoughts were brief, but so intense that my heart would start racing, my breath would catch, and my anxiety would spike. One moment I was fine, and the next I was panicked, trying to bring my thoughts back to the present.

It wasn’t until much later that I learned these thoughts were part of the depression. Psychiatrists call them psychotic depression, or delusional depression, but those terms can be misleading. I never lost touch with reality. I didn’t think those things were really happening. But my body reacted as if they were. Biofeedback is really helpful in these cases, teaching my body that it’s possible to respond to intense thoughts not with fight or flight, but calmness. Deep breaths. Touching the things around me, my own warm skin, my friend’s shoulder. The things I’m imagining may happen, but they are not happening right now.

Still, there’s a reality behind these waking nightmares and the sleeping ones as well. Terrible things do happen. My parents will die one day, and I will likely be alive to grieve them. When I was a child, my parents told me the bad things I feared wouldn’t happen, but now I know that’s not true. Every day children lose their parents to death or abandonment. It’s not delusional to be aware that somewhere in the world children are dying or are shot by the police because of the color of their skin or are taken away from their parents because of a country’s horrific refugee policy.

Madeleine L’Engle, another of my beloved companions along the road, said, “We can surely no longer pretend that our children are growing up into a peaceful, secure, and civilized world. We’ve come to the point where it’s irresponsible to try to protect them from the irrational world they will have to live in when they grow up.” We tell our children there are no monsters and that they are safe, but there are monsters, and we know it. What we really mean is that the monsters will likely pick some other place to wreak havoc today. We mean we are safe-ish, probably, for now, and the only way to stay sane is to live in denial about the -ish. Some of us are just bad at the denial. If I were in charge, I would call it non-delusional depression. I’d call it paying attention.

But we do have to live our lives, and depression makes it very hard to keep moving, to keep putting one foot in front of the other. Just being aware of all the pain in your own life, in your friends’ and family’s lives, and in the world altogether tends to make you want to curl up into a ball and cry. And the problem with this, besides the fact that you are not really enjoying your one wild and precious life, is that you may actually be one of the people who can do something about someone else’s pain and suffering. Your awareness of it may not only be a mental illness, a bleak descriptor penned in your chart in the sharp, quick script of an over-scheduled psychiatrist. It may be a call to action. Because you have to be able to see the monsters in order to fight them. You have to be willing to admit that the emperor has no clothes before you can try to clothe him.

I have learned ways to bring my thoughts back from those negative fixations. One is deep, slow breathing to calm my body’s autonomic nervous system—the fight or flight response. Another is to reach out to friends with a phone call or text. A third is to ground myself in my body’s senses. I try to notice my current surroundings in every detail. What do I see, feel, smell, hear? Who am I with? If I can physically touch someone, that helps a lot; if not, touching my own body helps—running my fingers through my hair, lacing my hands together, or raising my arms in the first stretch of a sun-salutation.

One summer afternoon, I was swimming at Walden Pond, having bundled myself out of bed, miraculously fighting depression’s despair and heaviness for a few hours. The quiet and solitude lulled me into my own thoughts. Suddenly, I realized my thoughts had left the blue-green swirl of water and sky and had wandered into anxious fantasy. What if I drowned here, I thought, and suddenly I was vividly imagining myself drowning. My body responded—my started heart beating faster, and my eyesight began to blur and shift into tunnel vision. It all happened so quickly I didn’t have time to prevent it, but once I recognized what was happening, I began my grounding work, forcing my thoughts back to my body and its surroundings. Where are you right now? I asked myself. What are you doing right now? Pay attention. Describe it. What do you know to be true?

I breathed deep breaths, filling my lungs, and noticed that my body rose softly in the water with the buoyancy of that fresh air inside me. I observed that the sun was warm but the water cool. I saw that I shared my particular cove with a large turtle that had poked its head out of the water in a little triangle, assessing which way I was likely to go so it could go in the opposite direction. Later I sat on my towel, letting the breeze dry me and feeling that breeze raise each of the tiny hairs on my arms. I walked further down the beach and coming around a bend found a cairn in the shallow water, a miracle of architecture, made of stones balanced on sand, rising out of the water. I read a text from a friend asking for prayer, and I prayed for her and asked her to pray for me too. Another friend checked in with a brief message on Facebook. I was surrounded by love.

The monsters are real, but all of this is real, too. In L’Engle’s A Wrinkle in Time, the angel-like characters, Mrs. Who, Mrs. Which, and Mrs. Whatsit, take the children to space to show them the Darkness, a demonic Thing that is threatening the universe and encroaching upon the earth and many other worlds as well. It is huge and horrible and terrifying.

“The Darkness seemed to seethe and writhe. Was this meant to comfort them?”

But then they see something else:

“Suddenly there was a great burst of light through the Darkness. The light spread out and where it touched the Darkness the Darkness disappeared. The light spread until the patch of Dark Thing had vanished, and there was only a gentle shining and through the shining came the stars, clear and pure. Then, slowly, the shining dwindled until it, too, was gone, and there was nothing but stars and starlight. No shadows. No fear. Only the stars and the clear darkness of space, quite different from the fearful darkness of the Thing. . . .

‘It was a star,’ Mrs. Whatsit said sadly. ‘A star giving up its life in battle with the Thing.’”

The monsters are real, but the stars are real, too. There is great evil and sadness in the world, but there are also stars and the clear, good darkness of space. The star that gave its life in the book was fiction, of course, but there are real acts of love and healing every day. My swim through the glacier-dug pond was one. My prayer for my friend as we texted each other that we were struggling was one, and so was hers for me. The act of building the cairn was one too. Any creative act is.

And as I looked through my pictures from my trip to Walden, I remembered that a cairn can be a memorial, too. Maybe its maker was a star. Maybe she was carrying the weight of the world’s grief, past and future, and shaped it into the best thing she could, a piece of art. Maybe she knew that the monsters were real because she had to fight one of the scariest ones just to make it out of the house to fling her art out against them, a star into the night.

The lies that depression tells are powerful because they begin with truth. As a monster itself, depression surrounds you with nothing but monsters while it blocks out the memory of love, and hope, and the sacrificial acts of the stars. We have to keep paying attention, and keep looking for hope and beauty. The night may be long, but only in the darkness can we watch for falling stars, until the day that our own star, the sun, finds us again in the long-delayed dawn.

Hold on. Keep breathing. Each breath is an act of hope and a strike against the monsters. Breathe deep, and feel the buoyancy of your lungs holding you afloat.

To learn more about The Long Night, click here.

Jessica Kantrowitz is a writer and theologian living in Boston, Massachusetts. She writes about theology, culture, social justice, and chronic illness, including her own struggles with depression and migraines. Her writing has been featured in places like Sojourners, Think Christian, The Good Men Project, and Our Bible App. She earned her MDiv from Gordon-Conwell Theological Seminary.