Our Stories Are Ours to Own 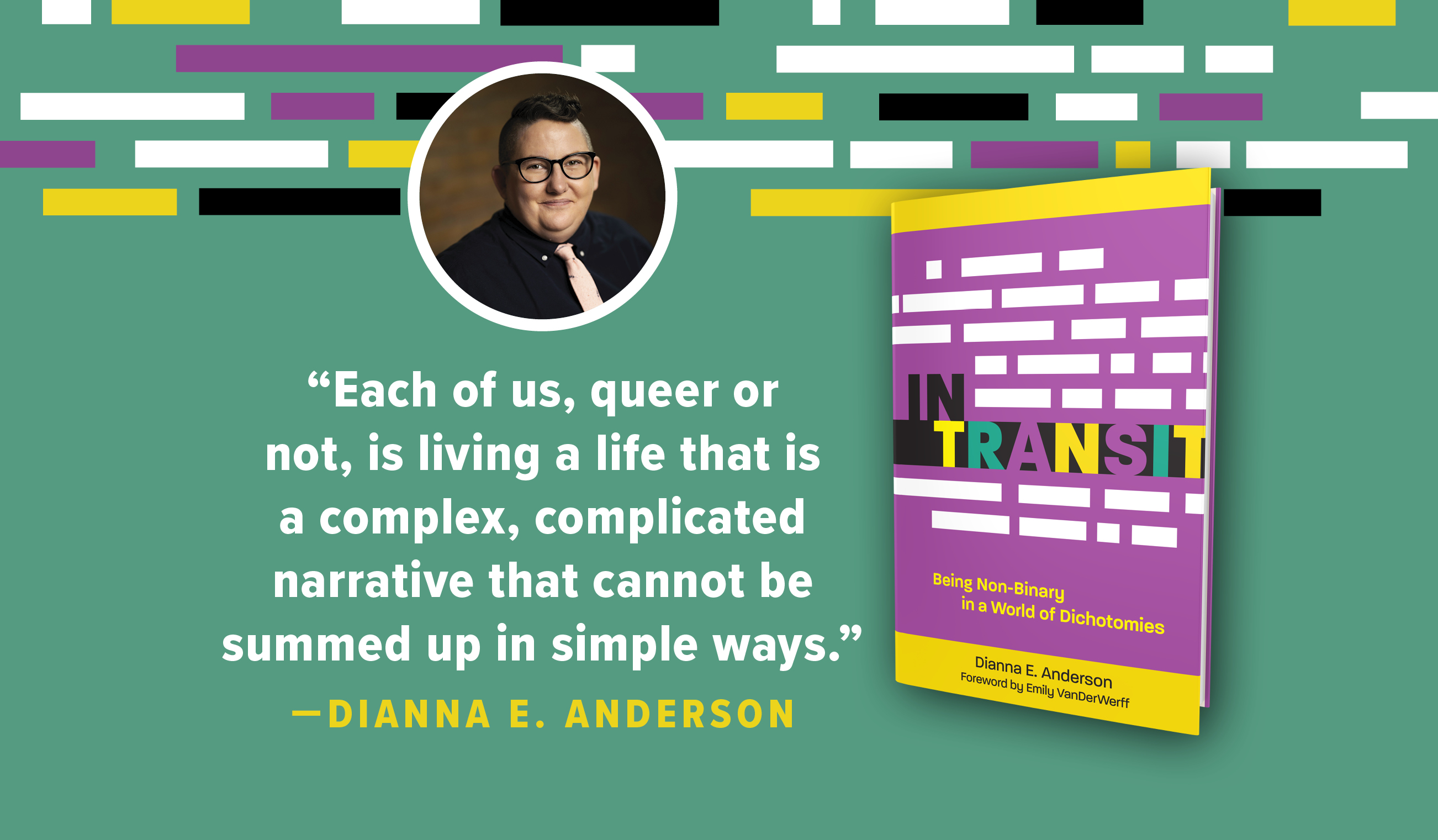 By all rights, I shouldn’t know Kitty Genovese’s name. I shouldn’t have encountered her in high school in a story about the importance of action when a stranger is in trouble. Her story should’ve ended the way many of us hope ours will, with her life coming to a close surrounded by loved ones, quietly, peacefully, in her old age. But that was never to be for Kitty.

Kitty Genovese was just twenty-eight years old when a man decided to follow her home from her parked car in the early morning hours of March 13, 1964. Kitty was coming home from her work as a bartender, headed back to her apartment in Kew Gardens in New York City. Winston Moseley, a Black man from Manhattan, was in the habit of sneaking out of the house he shared with his wife and children and cruising the streets of New York City looking for women to attack. That night, his target was Kitty Genovese.

Kitty parked her car just one hundred feet from her apartment building’s front door and began the walk back, when Moseley stepped out from the darkness and began pursuit, eventually catching up to Genovese and stabbing her twice in the back. She screamed, alerting neighbors, one of whom yelled for the man to leave her alone. Moseley left the scene, only to return a few minutes later as an injured Genovese lay in the building’s vestibule, having lost the strength to unlock the interior door and pull it open. Moseley proceeded to stab Genovese several more times before finally raping her and stealing nearly fifty dollars (approximately four hundred dollars in 2021). A neighbor found her shortly after Moseley left and cradled her in her arms until the police arrived.

A few weeks later, the New York Times would publish an untrue but unforgettable story about how the brutal attack took place in view of thirty-eight people and not one of them did anything. The sensationalist article gave rise to a psychological concept called “the bystander effect,” where people in crowds who witness something happening will assume that someone else will take care of it. The death of Kitty Genovese became a cautionary tale not only for people who may be witness to tragedy but also to victims of it. As a child, I was taught to scream “fire” instead of “help” to encourage bystanders to act more readily; people will respond to a house on fire, but they may not respond to someone calling for help, not wanting to get involved in trouble.

Years later, I learned much more about Kitty than the simple New York Times retelling of her death gave us. She was a bartender who held down two jobs to save up money to eventually open her own Italian restaurant. She was a lesbian. Her “roommate” at the time was actually her girlfriend, and they’d been together for a year. She was a badass who had built an entire life for herself, and she was a happy and proud member of the queer community, which, in 1964, was not always the easiest thing to be.

What’s more, though, is that the more research was revealed about the attack that ended her life, the more complicated and complex everything became. Not only was Kitty gay, but several of her neighbors were. One of them, who peeked out his door to see Moseley attacking Kitty in the hallway, was a gay man who hesitated to call the police not out of callousness but because the police were a major antagonist of the queer community at that time—they frequently raided gay clubs and arrested gay people for the crime of being gay. It’s understandable that a gay man would be afraid to call the cops directly, so he called friends and told them what was happening, and those friends called the police.

Queerness complicates narratives. The simple story of a white woman not receiving help from cold, callous neighbors is actually instead a story of a community afraid of police brutality, frozen by fear, and hampered by a lack of city infrastructure (911 would not be introduced for several more years). It took research and interviews and investigation to turn up the real story, one of oppression, mismanagement, and an ongoing battle between a marginalized group and the power of the state. Historians have worked hard to reclaim the narrative of a woman whose identity was erased because of homophobia and police brutality in an age when gay people were demonized and dehumanized. Kitty did not get to live to tell her story, but the work in reclaiming who she was as a lesbian, as a woman, as a human full of ideas, hopes, and dreams is ours to do. As we’ve learned throughout this book, it is important that we keep our own stories, our own histories, alive, if only so that others in our community may know that they are not alone.

We don’t always have control over the narratives people tell about us, especially if we are silenced by death, violence, or discrimination. This is why I am insistent on contextualizing and understanding stories as they were for people in that time. It is the stories we hear, the lives of those from before and those strangers we may never meet but with whom we have something in common, that shape our world and our politics. This was the reasoning behind the movement in the 1970s for gay people to come out of the closet, to reclaim our narratives and our stories, to refuse to allow the bigots to tell our stories for us.

I’ve always loved wearing button-down shirts, especially as I embraced my butch identity when I was still thinking of myself as a gay woman. But button-downs didn’t always love me. I had to size up to make sure my boob gap was covered, often making my thinner arms look wonky with sleeves that extended down and covered the top of my hands. The first time I put on a binder, I grabbed one of the button-ups I’d brought home earlier that year, only to discover the dreaded boob gap made it impossible to wear. As I buttoned it up, staring down at my body with wonder, I saw the boob gap disappear, the buttons lying flat and the shirt resting comfortably, not pulling or stretching in uncomfortable ways.

I almost cried. I quickly snapped a picture and sent it to a friend, captioned, “OMG MY BINDER MAKES MY SHIRTS FIT!!!!!!!” I finally had the look I wanted. I finally felt like I read the way I wanted to be read. It was what I’d seen others refer to as gender euphoria. Looking down at my body gave me joy, not consternation, for once in my life. And I felt myself clawing back my own narrative, presenting to the world who and how I wanted to be, no longer hiding behind sweaters and baggy T-shirts. This, too, is the gender experience: the joy you feel when you finally look down at yourself and see who you’ve wanted to be this whole time.

Each of us, queer or not, is living a life that is a complex, complicated narrative that cannot be summed up in simple ways. When I was a teenager, I had a conversation with my uncle who is a pastor about how I wanted to go to college for theology and I felt G-d was calling me to learn more about G-d’s church and to embrace ministry. I was a goody two-shoes white lady from the Midwest with mostly A grades who always came home on time and was never invited to parties. My uncle considered for a minute and then joked, “You know what you gotta do? Go off and get addicted to heroin, then get clean and come back. Then you’ll really have a story.” We both laughed knowingly: we’d both heard the testimonies, the compelling narratives of someone fallen deep into addiction who was saved by the call of Jesus. We also knew implicitly that the stories that sell both in evangelical ministry and in wider culture were neat arcs of redemption, of the person lost and confused and finally saved by something. In evangelical culture, it was finding Jesus in a hotel-room Bible while on a week-long bender. In popular culture, it was finally getting clean when you had a kid or when you met that one person you could love. The power of change in these stories is almost always something outside of the self: another person, a relationship, or a religion. But so rarely are narratives so neat and tidy, and sometimes the saving mechanism is simply our own understanding of who we are coming into being.

Our stories are ours to own. It is we, as a gender-expansive queer community, who have relied constantly on each other, creating new chosen families when our biological ones have rejected us, creating new selves to present to a world that finds our queerness confusing and threatening. We are embracing everything that has been put upon us and turning our pain into joy. Our cultural memory is imbued with all parts of the queer experience so that we remember both how hard this struggle has been and that the struggle was all completely worth it, to arrive at who we need to be.

Coming out is a vital part of that project. Visible queerness challenges the norms and assumptions society has built around us. I urge you, if you are in a situation where it is safe to do so, to close that closet door behind you, to step out into the sunlight.

There is hope to be had, if only we work to see it and give it and be it. I might be the first non-binary person you have encountered. But I will not, most assuredly, be the last. Or you, in your queerness, in your coming out, in your being, are part of a great community that stretches back generations and will stretch forward in time, going on and on, each generation renewing hope that our forebears did not struggle in vain, that being who we are is worth something in this wild and wonderful world. Our hope sits in the complicated, complex stories of who we are, as queer people, as parents, siblings, family, friends, strangers, lovers. When we remember who we are, we have hope. 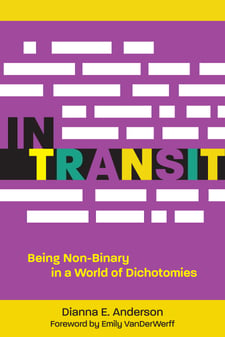 This is an excerpt from In Transit chapter 10: “Who Tells Your Story?” Click here to learn more.

Dianna E. Anderson is a non-binary writer with a master's degree in English from Baylor University and a master of studies in women's studies from the University of Oxford in the UK. They are the author of Damaged Goods: New Perspectives on Christian Purity and Problematic: How Toxic Call-out Culture Is Destroying Feminism. Their work primarily focuses on the intersections of gender, history, religion, and theory, and they have been published in Rolling Stone, Cosmo, Bitch Magazine, Dame, and many others. They live in Minneapolis with their two cats, Minerva and Tonks.