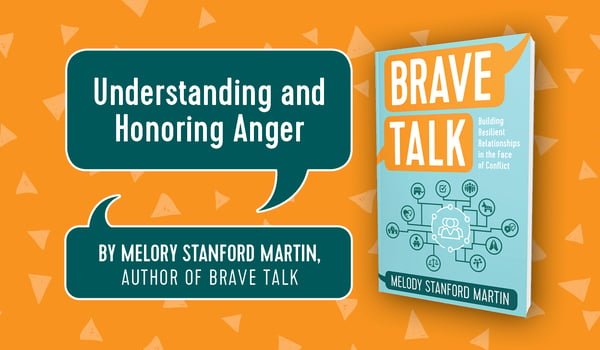 It can feel disorienting and overwhelming to find ourselves in a moment of anger, especially when that anger is on a grand scale, like political unrest.

Understanding anger is challenging, let alone experiencing the emotion in the first place.

Whether we are on the frontlines or the sidelines of social change, we feel the boiling-over. We feel the deep sense that the world is not as it should be.

Anger is treated with a love-hate relationship in the U.S. context. Some of us respond well to anger; it’s an integrated part of the way we move around in the world. Others of us believe anger is destructive and counterproductive; we shy away from expressions of it because we believe it’s somehow flawed.

Our view of anger is often culturally based. I grew up in a white pastor’s family where anger did not have much of a place. It was equated with being “mean.” We were commonly told to reframe the ways we spoke so we would sound less angry. We were taught, as it says in the Bible, that “a soft answer turns away wrath.” The subtext of these beliefs was that anger was the opposite of being rational, and expressing anger undermined our credibility. So I learned to stuff my anger down, and ignore it, and doubt it, and re-code it, and fear it. And I was taught to ignore people who were expressing anger because surely that meant they were doing something wrong.

The result was that my muscles of tolerance for angry-sounding speech were not developed: when I heard anger expressed, I could only hear tone, and not meaning.

As I’ve grown up and learned about activism, I’ve come to realize that anger is a powerful tool in the hands of the righteous. I’ve learned that in many communities—for example, in Black communities—anger is commonly seen as a normal part of life. It is seen as an appropriate, rightful, and highly rational response to situations of abuse, injustice, powerlessness, or trauma. Poet and civil rights activist Audre Lorde famously said, “My response to racism is anger. … That anger has eaten clefts into my living only when it remained unspoken. … Black women are expected to use our anger only in the service of other people’s salvation or learning. But that time is over.”

The cultural differences around anger can be astounding. They can run deep, but they are not born in a vacuum. Anger for anger’s sake is not the point; it is not a cultural value on its own. Anger is the result of historical realities like systemic racism, white supremacy, and powerlessness. Anger is a natural source of energy for the fight for justice. It protects, it motivates, it moves us to act.

Expressing and understanding anger, in some communities, is a part of love. If you love someone, if you love your country, if you love yourself, you will get mad when you witness or experience unnecessary harm. You will speak up on behalf of the wounded to make things right. That is a normal and healthy human response. It is not a healthy response to ignore or punish people for expressing anger. Anger is always a symptom of something deeper.

Learning about these different ideas of anger has made me want to dig into anger and into the ways I was taught to view it. Most importantly, it has made me ask: What is the rightful place of anger? When anger is healthy, what does it do? What does it look like? When is it right to make space for anger?

Understanding anger can be difficult. It helps to think of anger as having four different qualities that can overlap.

* (The idea of hot and cold anger is not mine; it comes from the world of community organizing.) 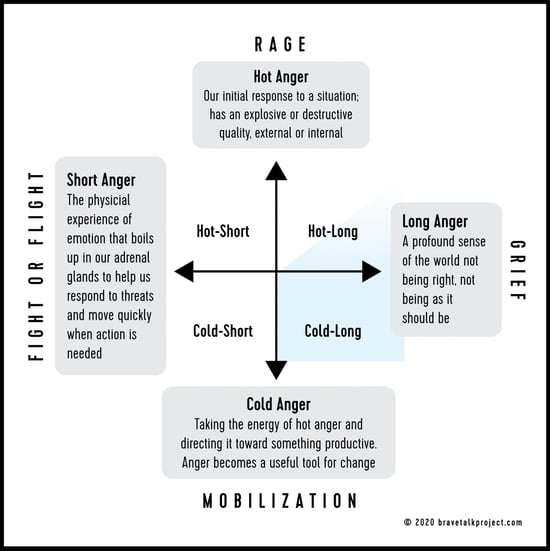 When the four types of anger intersect, we can start to map out the actions and attitudes that are associated with anger.


Anger must be honored. It needs to be heard, or it becomes hotter and more destructive. Making healthy space for anger starts with listening and recognizing that anger is an important part of life, an ability we possess to unearth hidden sickness and injustice. Without anger, we can’t move forward; we can’t move at all. So we need to make space for anger.

When we learn to appreciate and understand anger for its important role in our lives, we can grow in our ability to transform conflict from animosity to collaboration, from perpetuating cycles of violence to making justice roll down like water. 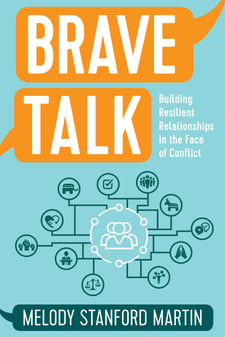 Originally posted on bravetalkproject.com on 6/18/2020.

Melody Stanford Martin is a social ethicist and communications expert helping people of all ages develop skills of courageous dialogue and conflict transformation. She is the Founder and CEO of Cambridge Creative Group, an organization specializing in nonprofit messaging and outreach, and a founding co-host of Irenicast, a podcast on faith and culture. She is a graduate of the Religion and Conflict Transformation program at Boston University School of Theology. Stanford Martin lives in Portland, Maine, with her husband, Corey, and their dog, Benedict Cumberbatch.