We are each called to fight for justice and the common good. Every day we are asked to consider how our actions (and inaction) influence the lives of the people around us. Below are books perfect for those wondering how their spiritual life can influence their activism and justice work.

This holiday season will be unique again. Shipping across all industries will be challenging this year. We encourage you to shop early. From now through Christmas*, get free shipping and 25% off all purchases with code BLHOLIDAY21 at check-out. 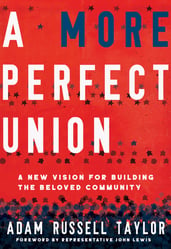 A New Vision for Building the Beloved Community

America is at a pivotal crossroads. The soul of our nation is at stake and in peril. A new narrative is needed to counter the discord in her politics and culture, a new way forward rooted in Martin Luther King Jr.'s vision of community. In A More Perfect Union, Adam Russell Taylor, president of Sojourners, reimagines a contemporary version of the Beloved Community that will inspire and unite Americans across our differences. By building the Beloved Community we unify the country around a shared moral vision that transcends ideology and partisanship, tapping into our most sacred civic and religious values, enabling our nation to live up to its best ideals and realize a more perfect union. 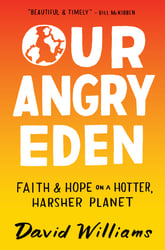 Faith and Hope on a Hotter, Harsher Planet

The planet we will pass on is different than the one we inherited. Living with our angry Eden will involve sustained difficulty. In Our Angry Eden, David Williams spells out how we will be morally tested, outlines nine virtues key to thriving in the decades to come, and beckons readers toward a faith and hope resilient enough to face the effects of climate crisis. 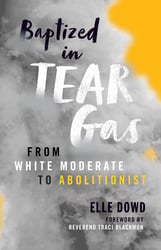 From White Moderate to Abolitionist

For years Elle Dowd considered herself an advocate for justice, but her well-meaning support always took a back seat to what Martin Luther King Jr. called the tension-free, ordered "negative peace" of white moderates. Then Michael Brown, a Black man, was murdered by a white police officer in Ferguson, Missouri, and the subsequent Ferguson Uprising changed everything. In Baptized in Tear Gas, Dowd invites readers to experience her transformation from a white moderate to a courthouse-occupying abolitionist. Like in baptism, this alteration requires parts of us to die—our tone policing, white niceness, respectability politics—so that we may be reborn. 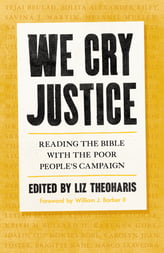 Reading the Bible with the Poor People's Campaign

From Genesis to Revelation, the Bible proclaims justice and abundance for the poor. Yet these powerful passages about poverty are frequently overlooked and misinterpreted. Enter the Poor People's Campaign, a movement against racism, poverty, ecological devastation, militarism, and religious nationalism. In We Cry Justice, Liz Theoharis, co-chair of the campaign, is joined by pastors, community organizers, scholars, low-wage workers, lay leaders, and people in poverty to interpret sacred stories about the poor seeking healing, equity, and freedom. Find in the pages of Scripture God's persistent call to fight poverty, not the poor. 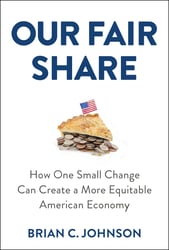 How One Small Change Can Create a More Equitable American Economy

America's economy does not currently live up to our country's core values. We are a nation founded on the ideals of coming together across differences to forge a common future. Yet over the past fifty years, the richest Americans have been able to hoard wealth like almost never before. Our Fair Share combines accessible scholarship on wealth and income inequity with stories of real people struggling to survive and thrive in America today. Ultimately, Brian C. Johnson lays the groundwork for a reasonable and actionable solution. This is our revolutionary inheritance. May we all benefit from it. 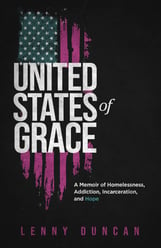 A Memoir of Homelessness, Addiction, Incarceration, and Hope

Lenny Duncan, who inspired and challenged audiences with his breakout first book, Dear Church, now brings us his story about growing up Black and queer in the US, examining pressing issues like poverty, mass incarceration, white supremacy, and LGBTQ inclusion through an intimate portrayal of his life's struggles and joys. United States of Grace is a love story about America, making the claim that God is present with us in the most difficult of circumstances.

After decades of bouncing between hope and despair, evangelical, Baptist-raised Julie Rodgers found herself making a powerful public statement that her former self would have never said: "I support same-sex marriage in the church." In Outlove, Julie Rodgers details her deeply personal journey from a life of self-denial in the name of faith to her role in leading the take-down of Exodus International, the largest ex-gay organization in the world, to her marriage to a woman at the Washington National Cathedral. Rodgers's story sheds light on the debate between evangelical Christians and the LGBTQ community, ultimately casting a hopeful vision for how the church can heal. 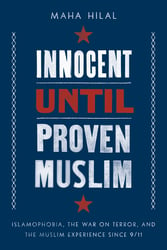 Islamophobia, the War on Terror, and the Muslim Experience Since 9/11

In Innocent until Proven Muslim, scholar and organizer Dr. Maha Hilal tells the powerful story of two decades of the War on Terror, exploring how the official narrative has justified the creation of a sprawling apparatus of state violence rooted in Islamophobia and excused its worst abuses. Hilal not only offers an overview of the many iterations of the War on Terror in law and policy, but also examines how Muslim Americans have internalized oppression, how some influential Muslim Americans have perpetuated collective responsibility, and how the lived experiences of Muslim Americans reflect what it means to live as part of a "suspect" community. Along the way, this marginalized community gives voice to lessons that we can all learn from their experiences, and to what it would take to create a better future. 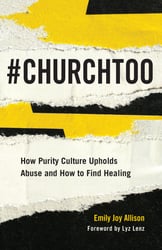 How Purity Culture Upholds Abuse and How to Find Healing

Sexual abuse is utterly rampant in Christian churches in America. And the reasons are somewhat different than those you might find in the #MeToo stories coming out of Hollywood or Washington. #ChurchToo turns over the rocks of the church's sexual dysfunction, revealing just what makes sexualized violence in religious contexts both ubiquitous and uniquely traumatizing. Emily Joy Allison lays the groundwork for survivors of abuse to live full, free, healthy lives.

Activist and writer Guthrie Graves-Fitzsimmons explains how a strong religious left has accompanied every major progressive advance in our society and resurrects the history of progressive Christianity in the United States. Just Faith is a rallying cry for a bold progressive Christianity that unapologetically fights for its values to impact the biggest political battles of our time—from immigration and economic fairness to LGBTQ+ and abortion rights. 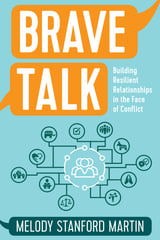 Building Resilient Relationships in the Face of Conflict

When we disagree about fundamental issues, it can be difficult to maintain close relationships. In Brave Talk, communications expert Melody Stanford Martin teaches us to treat every conflict as if it's an impasse. She provides practical tools to better navigate conflict, allowing readers to engage fundamental differences—even political and religious ones—with understanding and grace.

Click here to view all of our 2021 Holiday Gift Guides.

To view all of our books, visit broadleafbooks.com.

*For orders received after November 12, we cannot guarantee delivery by Christmas. If you'd still like to receive the discount and free shipping after this date, download this PDF to let your loved one know a gift is on its way.